UPDATE 9/9/22: Due to recent events, the screenings featured within the United Kingdom have been removed from this article. We will update the article with more information on the release when available.

Following up on its successful run in Japan, the Mobile Suit Gundam: Cucuruz Doan’s Island anime film officially has a date with English-speaking territories! Crunchyroll announced plans to release the film in select theaters for a limited engagement this month, including English-subtitled and dubbed showings in the United States, Canada and Australia.

Here’s a rundown of the dates for each engagement. Tickets are now on sale for North American dates, with sales to kick off for Australia on September 14. 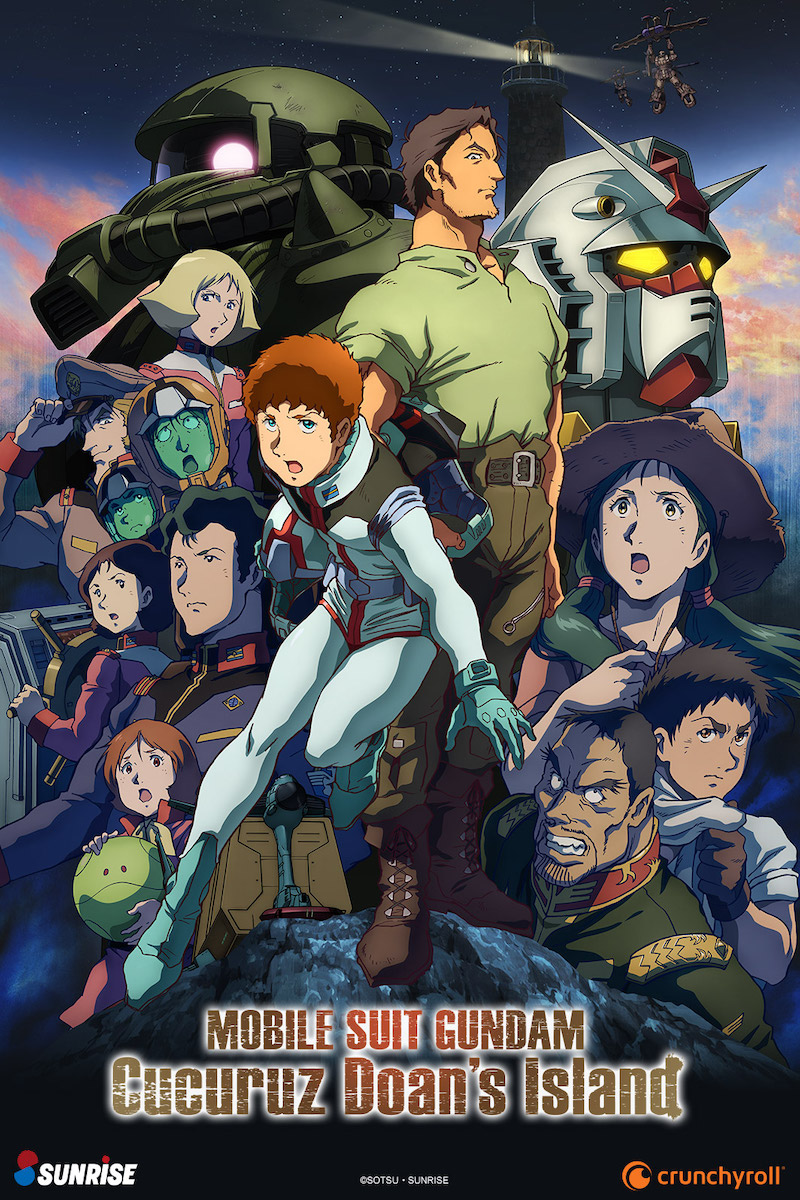 Featuring direction by Yoshikazu Yasuhiko, Mobile Suit Gundam: Cucuruz Doan’s Island adapts the 15th episode of the original 1979 Mobile Suit Gundam TV anime, which isn’t included in the English release of Yoshiyuki Tomino’s seminal series. This will mark the first time for the film to be available to fans outside of Asia and its debut in English-subtitled and dubbed form.

After a covert mission goes wrong, Mobile Suit pilot Amuro Ray and his comrades are stranded on a remote island. The battalion was sent to a land called the Island of No Return to clear off any enemy forces, only to find a group of children and an enemy mecha attack. Now Amuro must find a way for them all to escape this mysterious land, but not before meeting a strange man—Cucuruz Doan. Run time: 1 hr. 48 min.